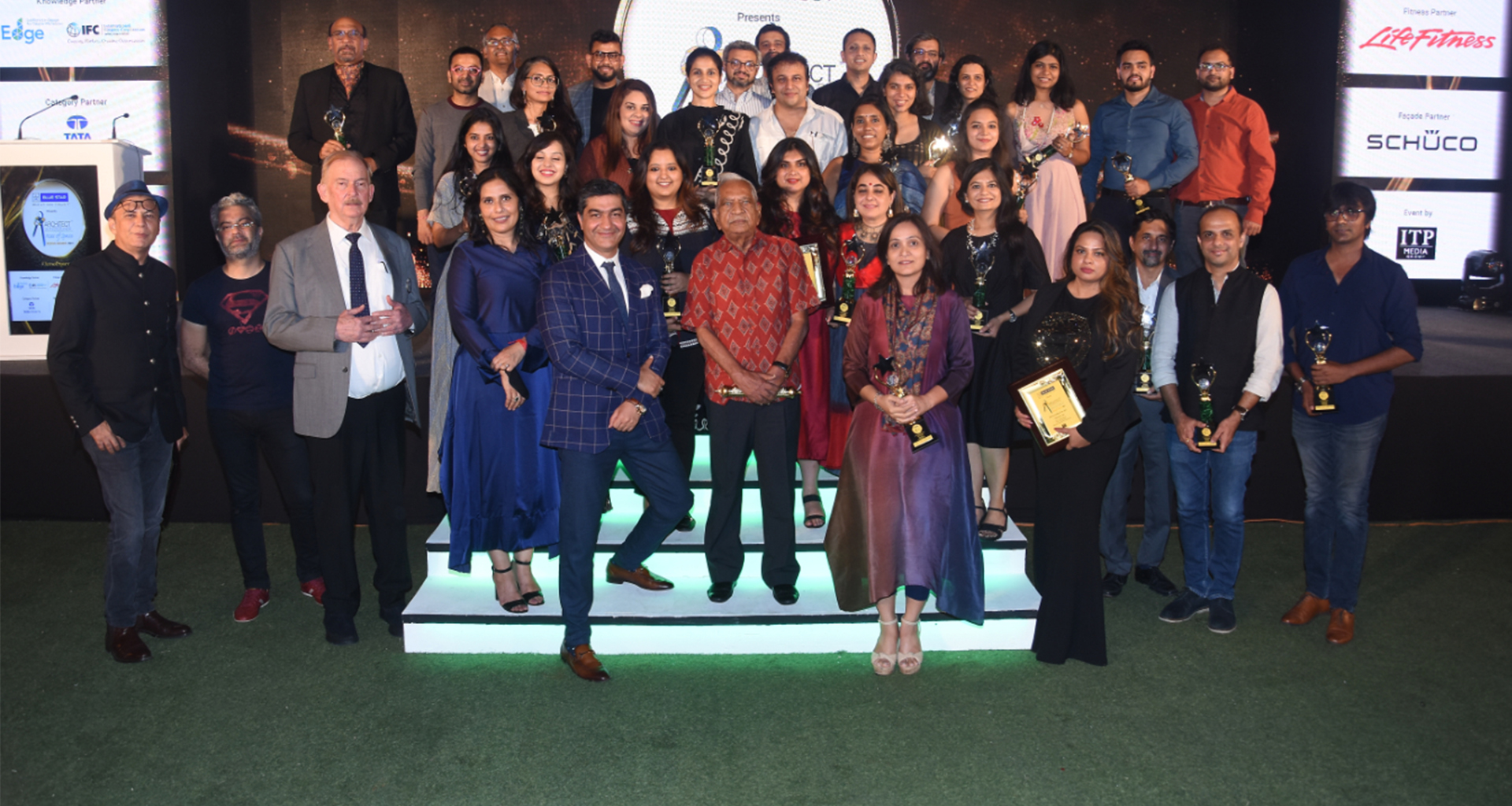 December 10th saw the coming together of the crème de la crème of the architecture and design fraternity at the Aces of Space Design Awards by Architect and Interiors India presented by Blue Star. The starry awards night was the congregation of the months of nomination process followed by a grand jury meet that was held in November. With 21 jury categories spread across architecture and design segments and 2 special awards, the Aces of Space, known for its transparent and ethical awarding process gained a new high this year with over 650 qualifying entries flowing in from across the length and breadth of the country.

The Awards evening held at Hriday Lawns at Sofitel Hotel in BKC was full of gaiety and enthusiasm with nominees cheering for their tribe in large numbers. At a time when everything had come to a standstill, it is interesting to know that most architects and designers continued to work and create. It is this undying love for one’s job that only reiterates one’s firm belief that the world must continue to toil to be made a better place.  And it is this enthusiasm and zeal to achieve that made the Aces of Space Design Awards that saw the coming together of the entire industry under one roof after two years so special. 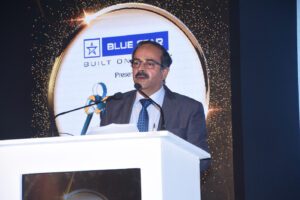 The event started with a welcome note by Sumisha Gilotra, Editor, Architect and Interiors India who quoted Winston Churchill ‘We shape our buildings and the buildings shape us’ and said, “These words of Winston Churchill constantly remind me of the good fortune I have had of interacting and experiencing the company of those who shape the buildings we live in!” PV Rao, – President & Chief Operating Officer of Blue Star India, the presenting partner welcomed the august audience by saying, “We are proud to have partnered to this prestigious event that pays homage to some of the most brilliant design projects and firms that have been change makers and trendsetters in their field.”

The evening began with a bang with a special award presented to Architect Dikshu Kukreja for Legend of the Year. He thanked the fraternity for choosing him for this coveted title and humbly went on to credit his team for this success and more. 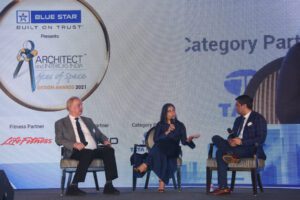 In between all the excitement of winning and cheering, we also planned a very special power talk on Traditional vs Modern Indian Architecture which saw celebrated Architects Christopher Charles Benninger and Abha Narain Lamba share their thoughts in a conversations steered by Architect Dikshu Kukreja. Winners from across the country, Delhi, Chennai, Bangalore, Hyderabad, Ahmedabad, Kolkata, Calicut and more flew down to join the celebration and the evening was full of gratitude and joy for the celebration of excellence. 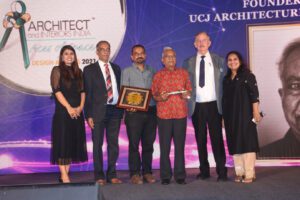 Another highlight of the evening was the presence of one of India’s most respected Architects, Ar Uttam C Jain who was honoured with the Lifetime Achievement Award at the Ace of Space Design Awards. This award celebrates his contribution towards the introduction of Regionalism as Resource in architecture and his unique style focussing on the cultural and vernacular influences of a region.