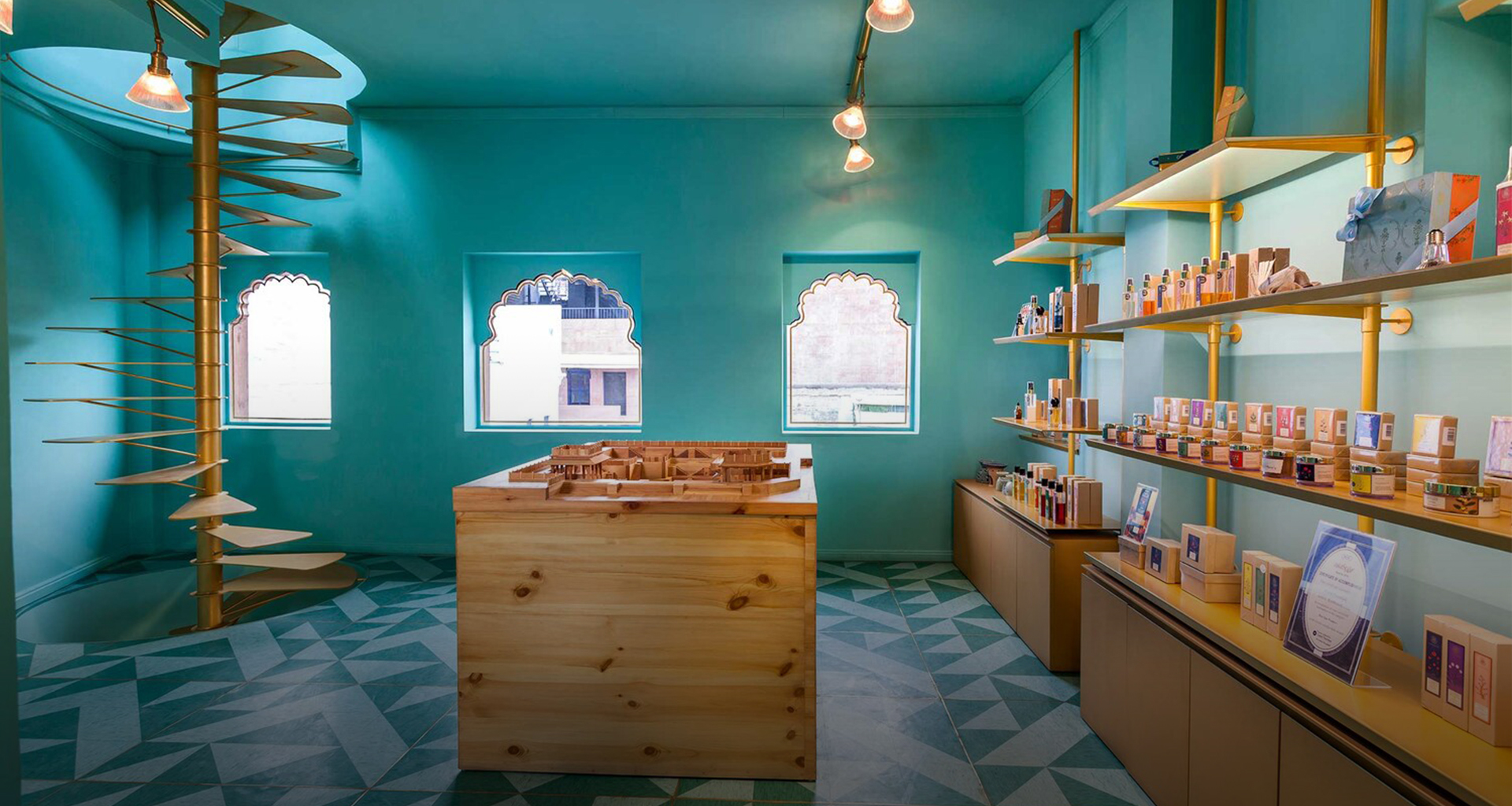 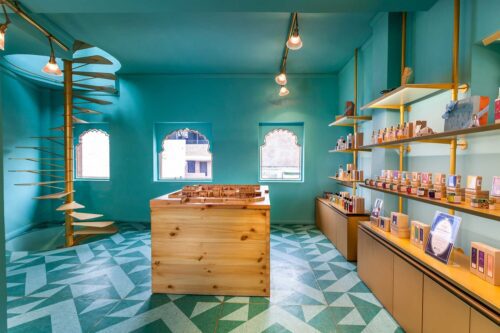 Within the historic Stepwell Square in the old city of Jodhpur is one of the most prominent buildings restored as part of the JDH Urban Regeneration Project, an initiative to revive the walled city and its landmarks through design, commerce and culture.

With priority given to preserving as much of the existing structure as possible, the traditional arched openings were strategically resized with new apertures added to create a sense of balance and proportion to the elevation. On one side, the facade is clad in Corten steel selected for its similarity to the colour and texture of the red sandstone commonly found in the region and for the way the surface will change over time.

The bold blue colour scheme, exaggerated proportions, and brass and gold accents give the interiors a decidedly Art Deco feel, and the latter is also a nod to traditional interior finishes of Jodhpur. The hand-cut linoleum underfoot is an adaptation of a traditional mosaic-inspired flooring pattern, with brass accents framing sections to resemble large tiles. In one corner, a dramatic gold spiral staircase winds its way up to the second floor.

Furniture and materials like velvet and suede are also a contemporary take on Deco kitsch — custom brass track lights, for example, imbue a retro quality, as do the curves of the armchairs and gold-framed mirrors. Branding and signage were created in the age-old vernacular painting techniques of Jodhpur’s walled city, and the two elements together — Art Deco alongside opulent regional elements — create an interface between the brand and visitors to the old city, and tells a story of Jodhpur’s rich built heritage. 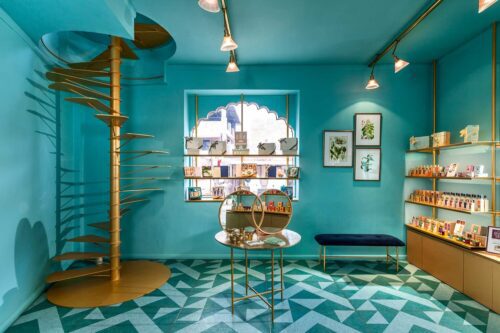 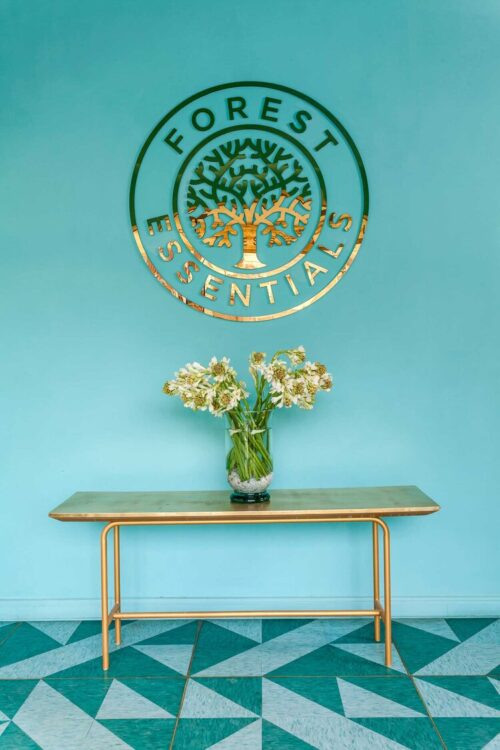 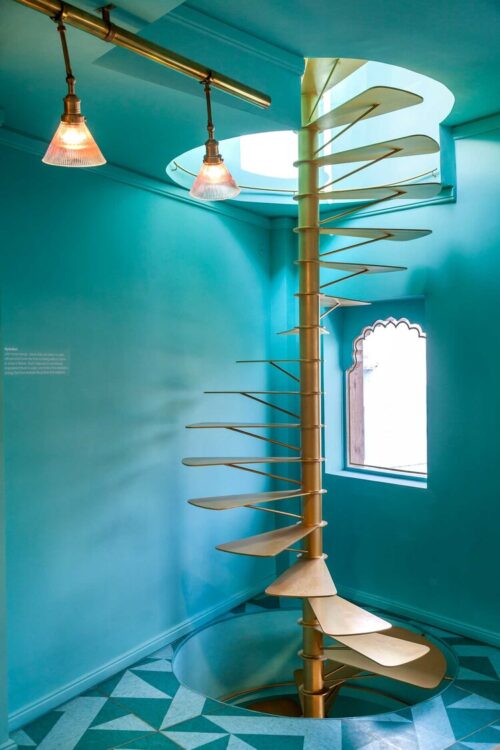 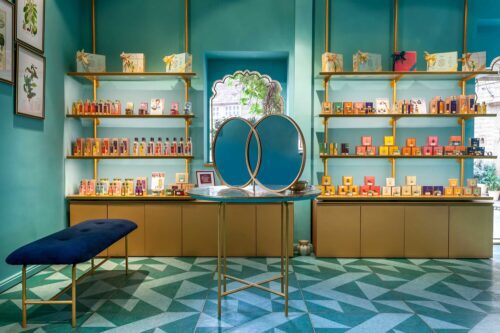 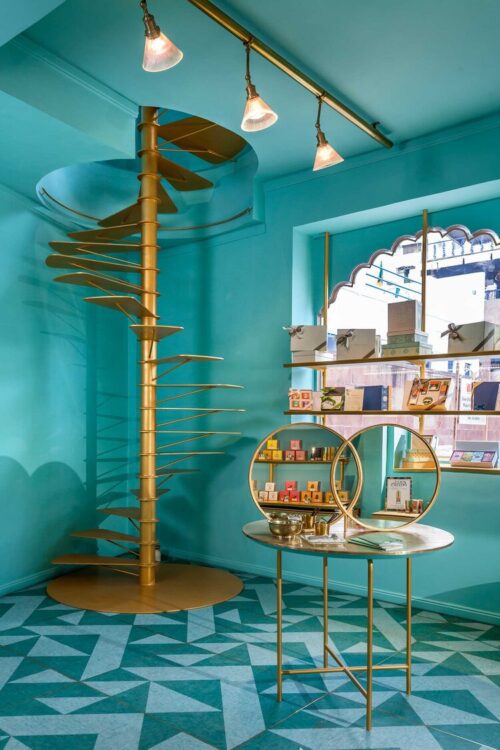 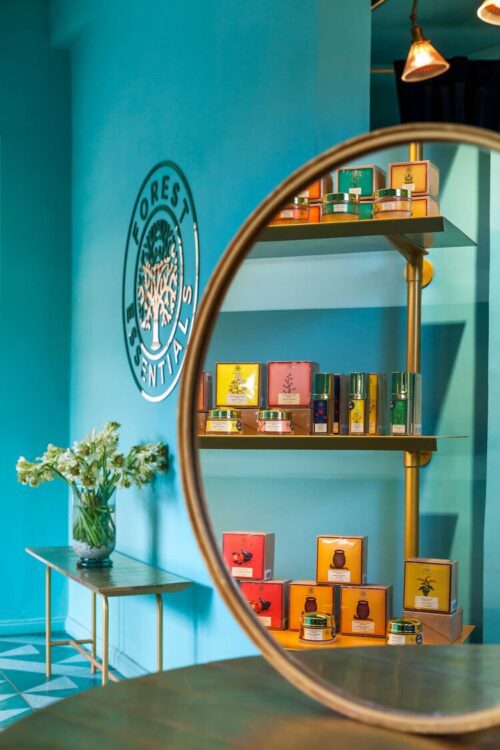 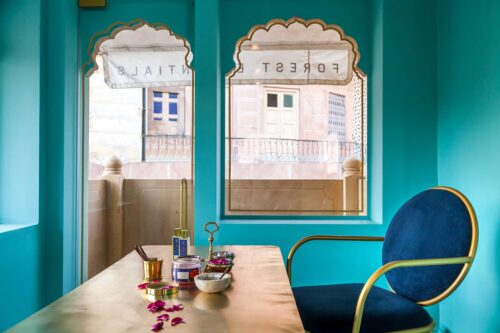 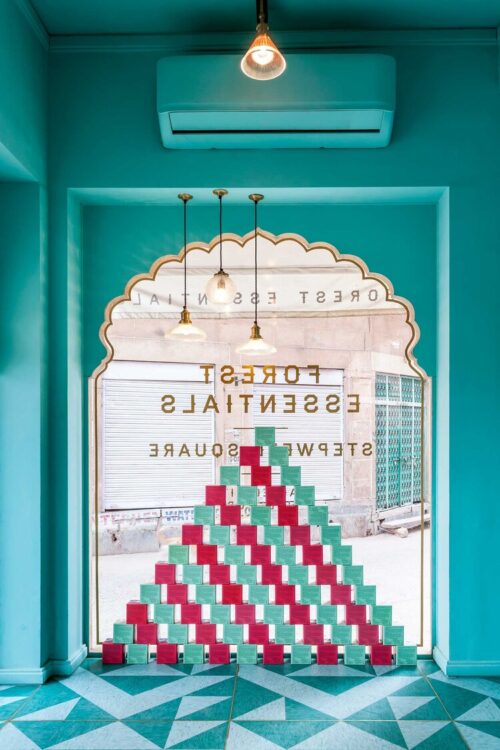 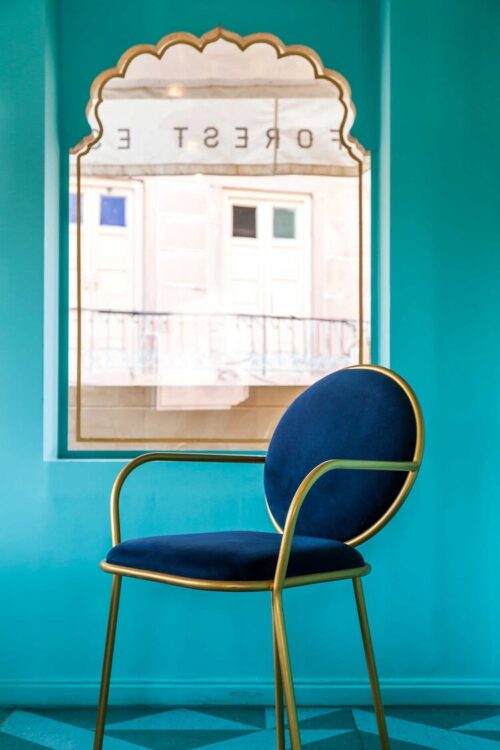 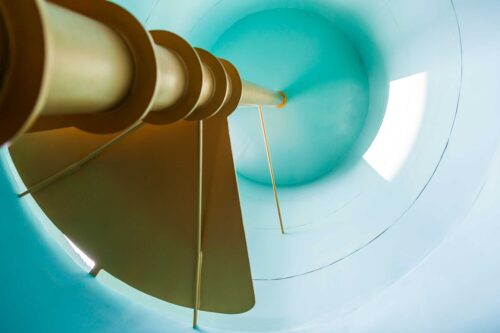 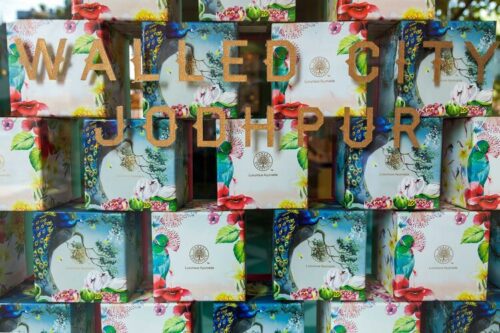 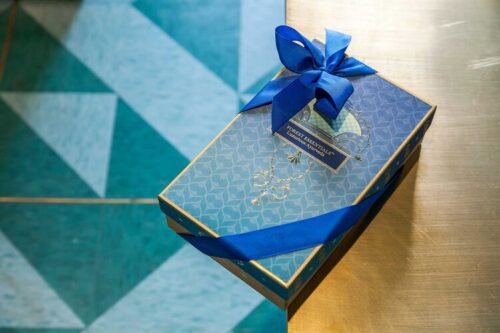 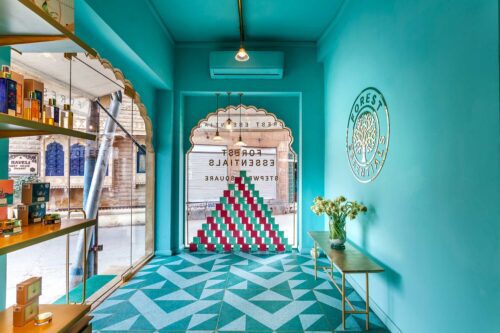 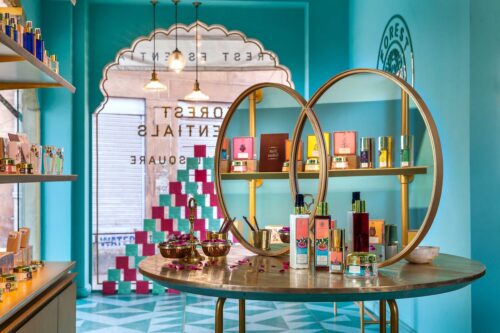 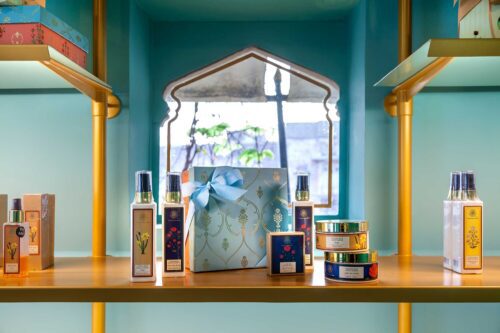 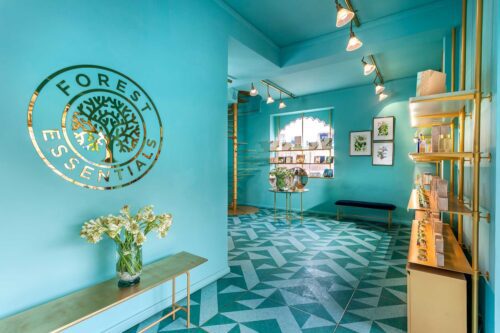 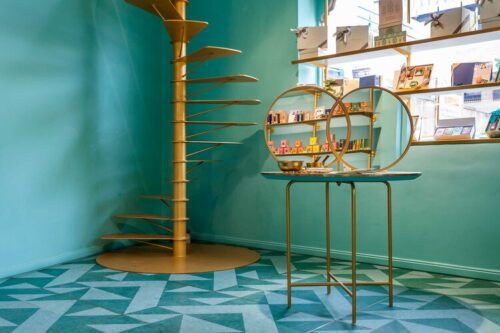 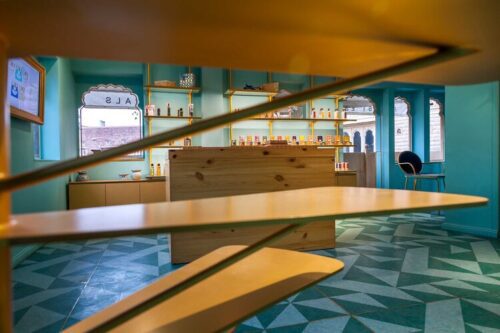 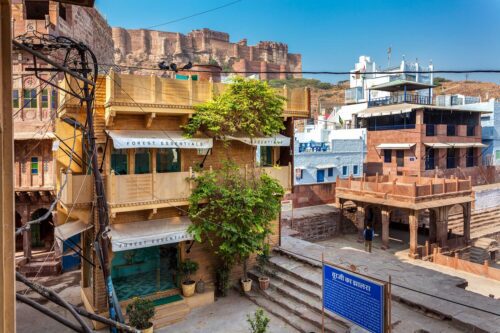