Homing In: What a Luxury Space Really Means

The Voice Of Fashion

Featured on: The Voice Of Fashion

The pursuit of excellence called glamour is not about objects. It is a space created with integrity, authenticity, honesty. Luxury is when you can afford it but don’t allow yourself to have it.

We all do it—we search for answers and we search for meaning. Self-expression is a philosophical position, it is an evolutionary process and a dialectic one as uniqueness and individuality are traits that all ambitious individuals aspire towards. As we engage with the world, we learn from our experiences and our surroundings. We mould our environment and then our environment starts moulding us. In the end what remains of a civilisation, is its literature, art and architecture, everything else being ephemeral. This is illustrated in the way a Hindu temple is decorated—the lowest band of the facade is carved with battle scenes and chaos, while higher up appear scenes of everyday life. Higher still, like inside Odisha’s Konark temple, are images of the gods while at the very top, there is no decoration signifying the moment of truth where no image exists.

As a species, we look for Convenience, Simplicity and Immediacy. New money, however, is hedonistic. It is a gathering of all that one can possess and even art becomes a commodity and every real artist, a victim of his/her own success. The comfort of traditionalism, however, allows a false sense of history albeit in a sloppy manner. This is understandable as architecture stands with one leg in a world that is 3,000 years old and another leg in the 21st century, making an architect’s profession incredibly deep and their contribution hard to comprehend for an underexposed lot.

So, how does an architect decide on a spatial palette for someone who has the means to experience everything? Consider the options. The flexing of architectural muscle in the Post-Independence, modernist era led to celebration of exposed concrete, brick, lime stone as seen in the Sarabhai House in Ahmedabad designed by Le Corbusier. On the other hand, the comfort of traditionalism leads everybody to desire a white Lutyensesque bungalow from Central Delhi complete with wainscots, relief work and a chequered marble floor. The former emerged from a period of uncertainty and demonstrates a confidence in one’s judgement and belief in the future. The latter, however, is a borrowed image for someone seeking comfort in the past–because it has existed before, it will probably continue to exist forever. 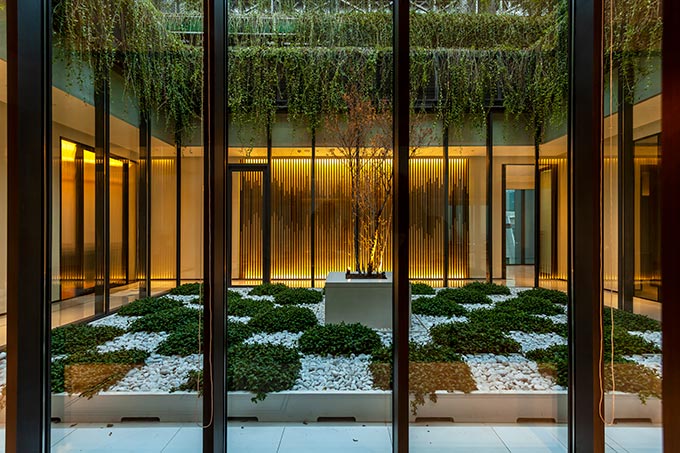 We All Need Space for Our Mind

Money and life experiences are merely enablers. Real luxury has to do with the quality of space, light and air, it is not about expensive materials and shag pile carpets. So, good architecture is not about the last perfect room, it’s about the beauty of scale and rhythm expressed through construction. It sets up dialogues for continuity and contrast. Real luxury is about creating space for the mind (and in a philosophical sense creating time). Timeless spaces do not express a rigid philosophical framework but nurture its evolution. More often than not we design these spaces from first principles and they are glamorous because they are in the pursuit of excellence, they are not about fancy objects. 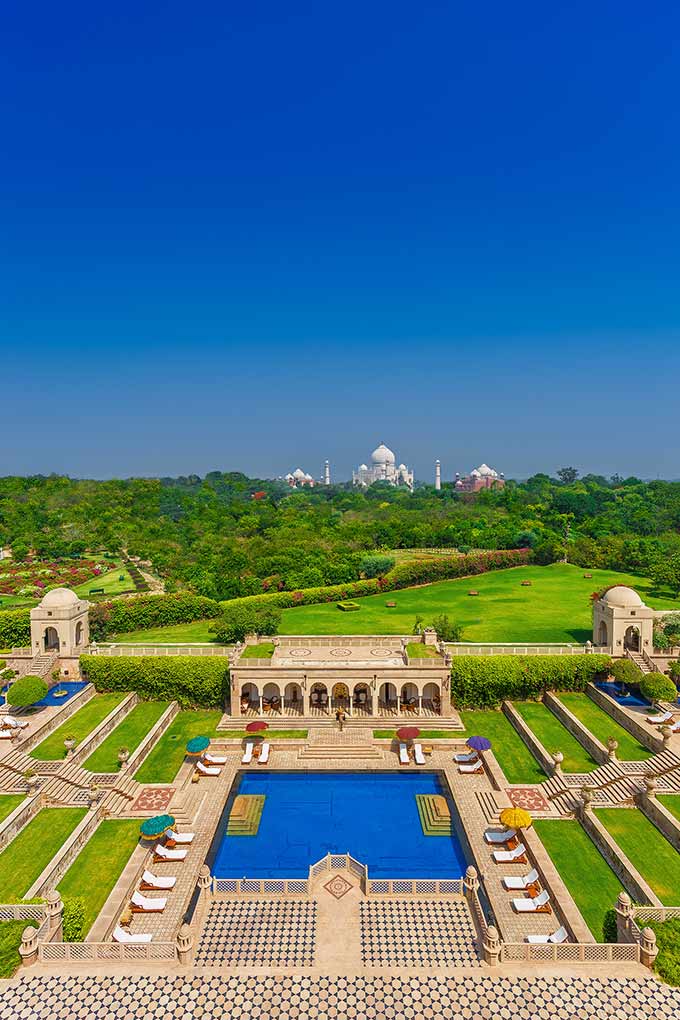 When there isn’t something engaging to see, we create a simple engagement within a courtyard for instance—never something gimmicky. The material selection is not fetishised, it is simple. It could be a beige sandstone floor or even a white terrazzo floor, simple in its appearance, malleable and lending itself to the space but always impeccably installed and maintained. Simple materials like the sandstone, a locally available stone, used for flooring in The Oberoi Amar Vilas in Agra or The Oberoi Rajvilas in Jaipur. It inherits a tactile and grounded quality and encourages direct engagement such as to walk on it barefoot. The same can be said for a timber floor. Many luxury homes have dhurries on the floors which also encourage similar engagement. Similarly, for a Delhi-based project, I will always use regional materials like granite, marble, quartzite, dolomite, limestone, sandstone. As with business, the idea is to play to your strengths. Importing material is an absolute no-no and you don’t want to create a Venetian villa in the heart of New Delhi.

Real luxury has to do with the quality of space, light and air, it is not about expensive materials and shag pile carpets. 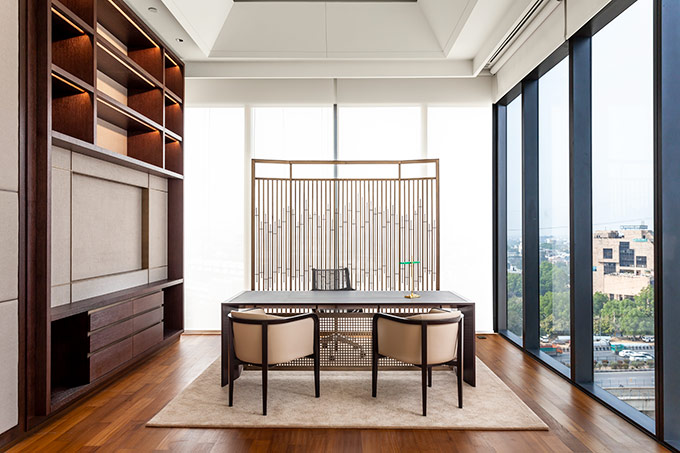 We are always asked to create distinctive and distinguished spaces that have scale and intimacy and are uplifting. A place that our clients can call their own is made for the right reasons, one with a unique story to tell in a way that only they can tell it. A space with integrity, authenticity, honesty. It does not need to fit in, it needs to be just so. So an office can become about just one old motorcycle with a memory or the wing from an aircraft. A special object or art is a family heirloom or a gift from a friend, not a purchased piece unless you’re a discerning collector. These spaces have to enable dialogues for the future, they must remain relevant over decades for an enormous multiplicity of values and encourage evolution and change. 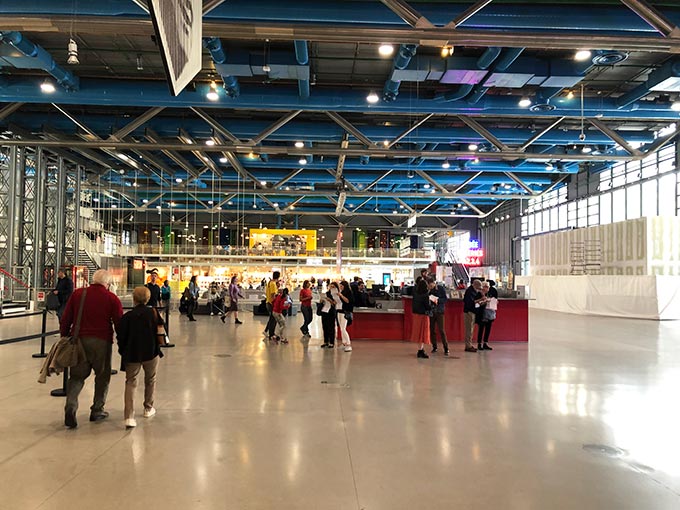 Preservation and The Path Forward

We might think we are misplaced to deal with the present, but what we offer the present is memory by inculcating a sense of continuity and connection to the wider world. Designing a building from the inside-out as much as from the outside-in with a goal to create spaces that are both functional and elegant, while evoking a sense of place and complementing an outward expression. Buildings which lead the modern architectural discourse follow an inside-out approach—they are robust from outside and comforting from inside. For example, the Lloyd’s building in London, the Centre Pompidou and the Louis Vuitton Foundation buildings in Paris. Centre Pompidou is a high-tech, mechanised building which also houses a museum and a library with functional structural elements of the building on the outside. It is the second most visited architecture space in the world. LV Foundation is a glass marvel and the building uses laminated glass panels as well as flooring created using locally sourced stone. 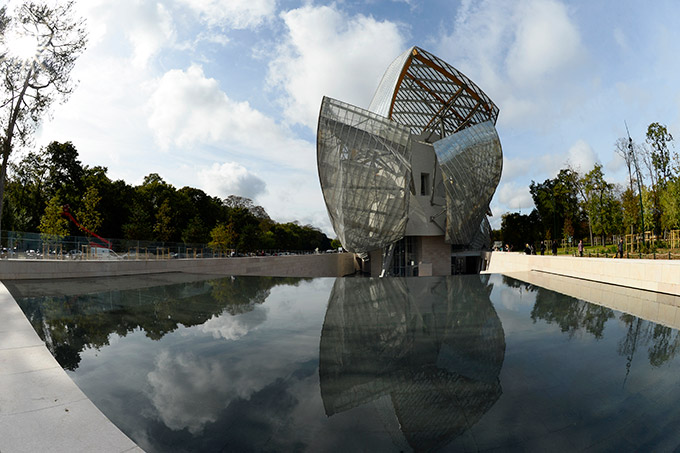 We have accomplished individuals as clients who continue to be successful due to their hard work. But their intensity and spirituality is rooted elsewhere. Just as flying is oxygen to John Travolta (an advertisement for Breitling said Profession-Pilot, Career-Actor). Most truly successful people engage with something beyond business, we have worked with a super bike racer, a racing driver, an Everest summiteer, a triathlete, a cyclist, a few marathon runners, a musician. Intensity and human endeavour is a common thread through this. Luxury is when you can afford it but don’t allow yourself to have it. The fittest never ask for a gym, the racers will be found in a commuter car through the week and the only time you will see the hyper car is on track. The diverse bunch of our clients fundamentally look for the same thing in their homes—for it to be utilitarian and created as an environment to enable interaction with space. They all have value-based understanding of things and are not hoarders. They don’t have wardrobes full of Louis Vuittons or garages full of cars. They seek timeless designs in their wardrobes, lifestyle and in their home. Spaces that make sense for generations to come and will outlive them. The focus is excellence as the space inhabited must become a sanctuary for evolution. This quest usually results in tall and well-lit spaces, devoid of clutter, surprisingly negligible wardrobe space and a simplistic material palette. Most homes we have designed don’t have big formal dining in living areas. The colonial hangover is over which meant having large separate entertainment spaces especially kept to entertain guests.

Buildings which lead the modern architectural discourse follow an inside-out approach—they are robust from outside and comforting from inside. 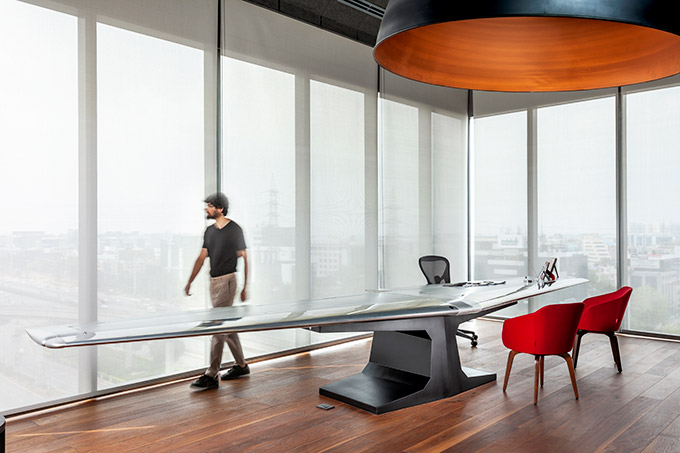 The accomplished lot is looking for transparency in interactions and in their spaces. Within a home, we design an appropriate public space as the home is for the family. The ones with new money, however, are looking for trend-based designs that will help them locate their space in society.

It’s only logical you buy well and buy once. Learn to value your time, effort and intellect and you will buy things that reflect that same value. This doesn’t mean one is cheap, it just means one is conscious. When an object has served its utility it is discarded making way for something better. It would be extremely inefficient and wasteful to do this with architectural space, therefore do it once, do it well and leave room so you can grow into it in the future.