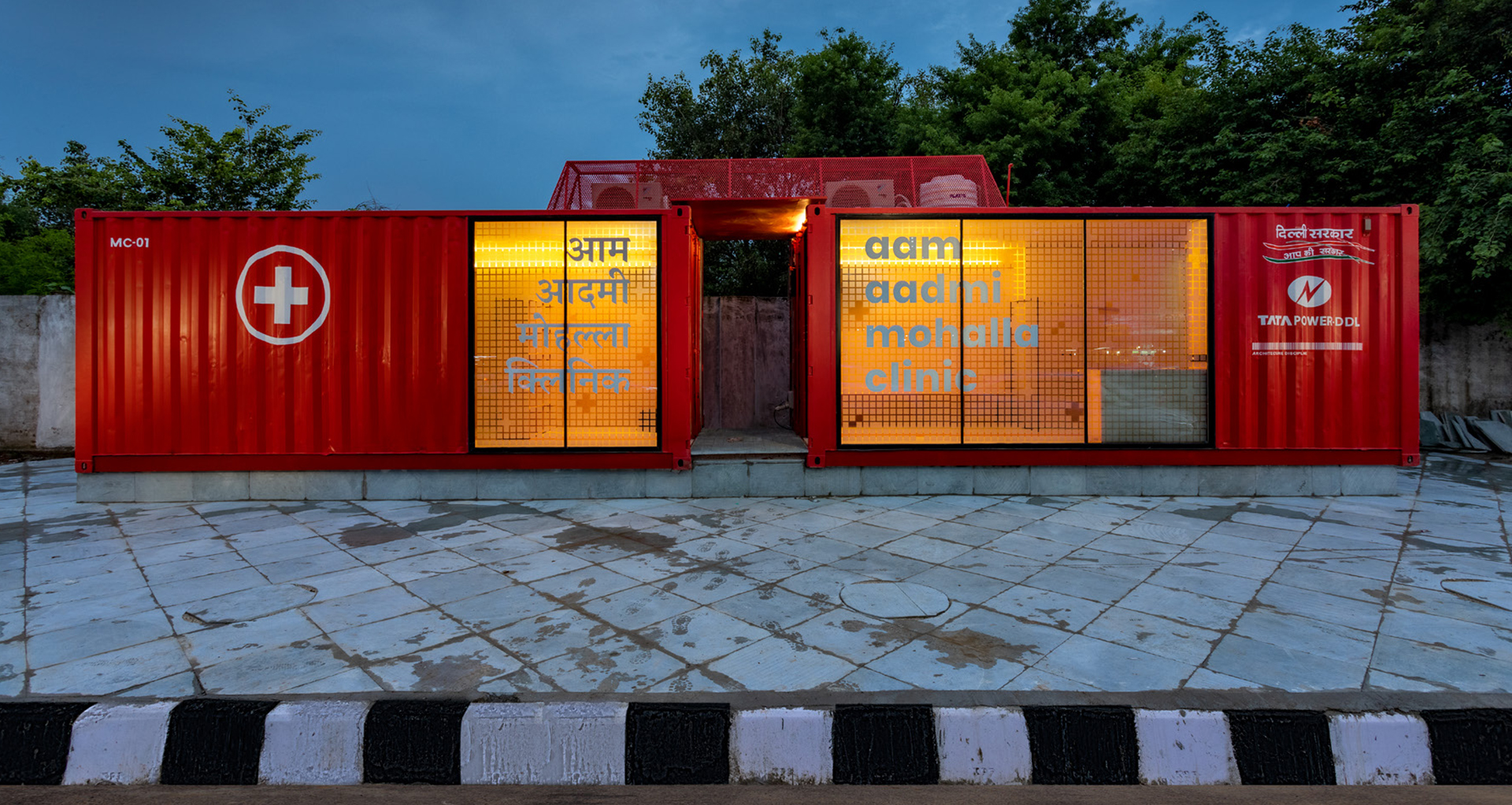 Out of the Box: The Hindu covers AD’s work on Mohalla Clinics

Featured on: The Hindu Business Line

Setting up at least a thousand Mohalla health clinics was one of the big election promises of the Aam Aadmi Party (AAP) when it rode into power in Delhi. But land acquisition proved to be a major hurdle; also, setting up a sanitised clinic in dense residential clusters was easier said than done.

Some out-of-the-box thinking was needed.

Now, a new pilot in two congested parts of the city — Shakurbasti and Rani Bagh in North-West Delhi — shows exactly that. Here stand two swank air-conditioned clinics built from upcycled shipping containers, occupying a narrow space — one of these is, in fact, on a broad pavement — and there is still space for pedestrians to walk. A neat way to bypass the land acquisition bottleneck, too.

The cheery red clinics with sound-proof partial glass walls, built by Architectural Discipline, a multi-disciplinary design studio, showcase how a public utility can look good, be constructed rapidly at a low cost, and be space-efficient.

Delhi’s Health Minister Satyendar Jain, whose constituency incidentally is Shakurbasti, had tweeted after a visit to the clinic, “These clinics have been set up in portable containers. Such clinics are easy to set up and transport in cluster areas like jhuggi-bastis & narrow streets where healthcare infrastructure is less accessible.”

Akshat Bhatt, principal architect at Architecture Discipline, describes how the firm had been for long working with containers — creating hotels and offices in them. But it was during the pandemic’s first lockdown last year that the studio quickly drew up a design for a Covid hospital that could be built rapidly using shipping containers.

The Delhi government saw the designs and that’s how the idea of making mohalla (neighbourhood) clinic in containers came about.

In the two pilot clinics on display, two 20-foot-long containers are joined together to form a single clinic that includes an examination room, a reception and waiting area, a pharmacy and a washroom. The pre-fabricated clinics come with pre-installed electrical and lighting fixtures, interior finishes and furniture. Birch ply has been used on the walls, which Bhatt says is zero VOC (volatile organic compounds) and safe, while the flooring is antimicrobial easy-to-clean vinyl. Although no firm orders have been placed yet, the expectation is that the Delhi government will be commissioning 500 such portable clinics.

What about availability of containers, given the shortages the shipping industry has been facing? Bhatt says only rejected containers are used lending a sustainability element to the project.

As for the rather eye-catching colour of the clinic, Bhatt says that when designing public amenities, buildings have to speak to you. “A citizen should not be forced to go around asking for directions, but the amenity has to announce itself.”

Well, the bright red clinic certainly speaks out loud in the Shakurbasti mohalla!