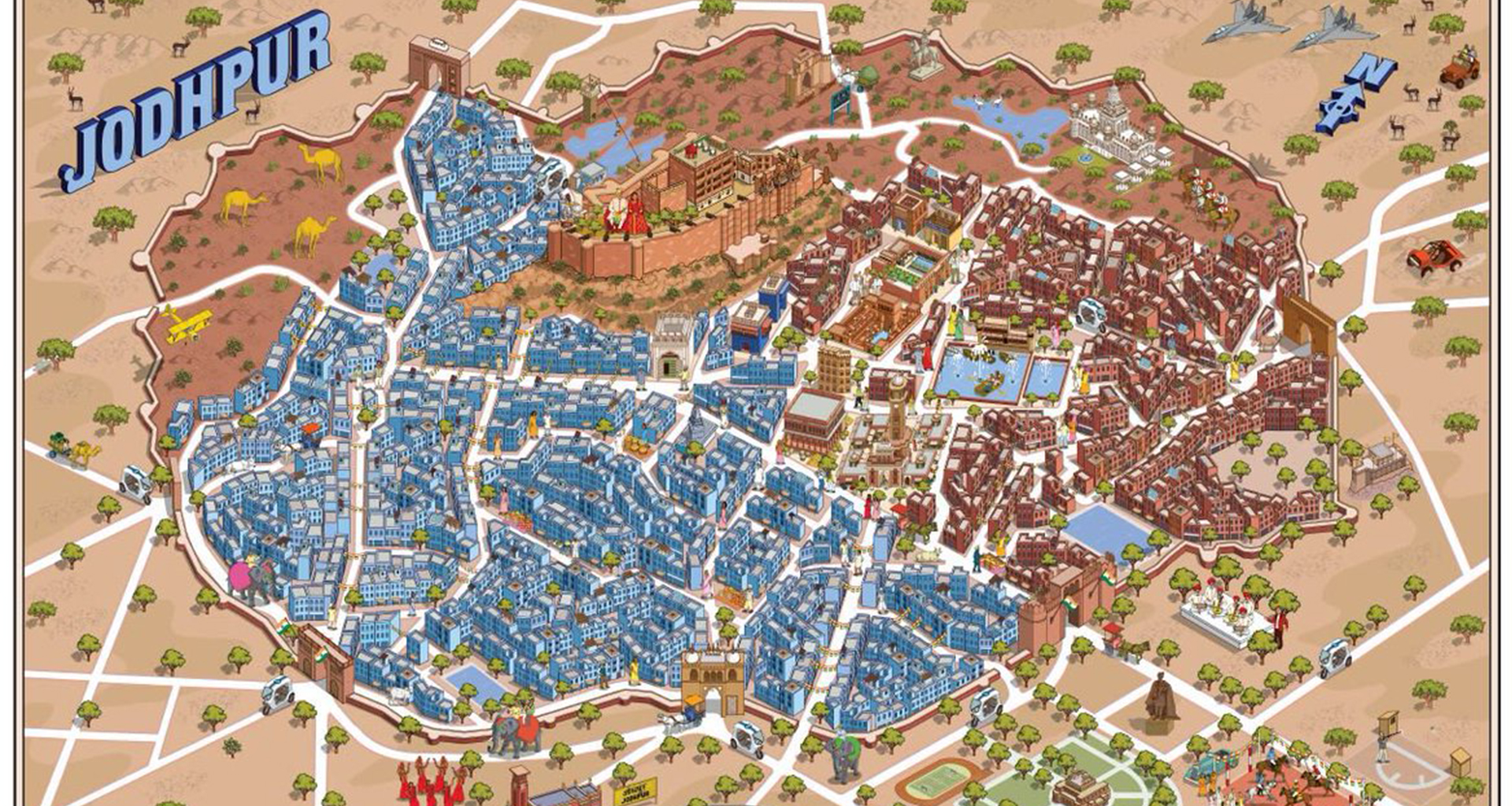 The Jodhpur (JDH) Urban Regeneration project, commissioned by the Royal Family of Jodhpur and Motherland Joint Ventures, aims to restore the Walled city to its former grandeur, breathing new life into its invaluable landmarks. The project identified key pathological elements and used them as catalysts for
the regeneration process. The first initiative was the restoration of a Stepwell that dates to the 9th century, following which nodes were identified, restored, rehabilitated and assigned functions to represent contemporary India. As part of the project, an old Haveli was also converted into a contemporary retail outlet for Forest Essentials. The larger idea was to present the historical context of the city in an appropriate way to the world, and invigorate pride among the locals.

Undertaken by Architecture Discipline, The Jodhpur (JDH) Urban Regeneration project, commissioned by Motherland Joint Ventures, is aimed at restoring the Walled city to its former grandeur impelled by its ancient and hallowed ground. Jodhpur, the royal epicenter of India, perceptible by its havelis, gullies and bazaars, crafts the cultural evidence for the historic past of the nation.

Looking beyond the clichés of the Blue City, the project endeavours to commence an inclusive urban
revitalization of the city to revive the momentous landmarks and encourage livelihood. Steered by the inclusion of local experiences and expertise, the project reaps the insight of local practices and knowledge. The initiative draws from the injection of new ideas, infrastructure and influences, that are sensitively integrated with the local community and architectural past of the place. This alliance of technology and sustainability guides the inclusive effort of revitalising the fortress city. Known for attracting the global elite, the walled city’s exquisite palaces and forts are a playground for tourists. The regeneration project ventures beyond the manicured grounds of Art Deco-inspired Umaid Bhavan of the famous Blue quarter.

Driven by landmarks, the project identifies the key pathological elements and deploys them as catalysts that pilot the regeneration project. Jodhpur is an incredible maze of streets, bazaars, public tanks and stacked indigo-painted houses with the 2 sq. km area serving as the canvas for the Urban Regeneration project. Once a famous landmark that fostered the local heritage of the royal city, these worn-out structures rest as forgotten evidence of cultural past. An opportunity for integrating real estate development with architectural restoration has been explored through the creation of retail and cultural spots in the walled city whilst preserving the inherent essence of the city.

In the medieval city’s North-Eastern quarter is the Toorji Ka Jhalra, a step-well that dates back to the 9th century. Filled to the brim with toxic water owing to years of waste accumulation, the first project in this initiative was the clean-up and restoration of the architectural wonder buried underneath. The ancient site was revived through sandblasting and careful manual process, avoiding dredgers that would scar the stone, an investigation that led to the discovery of the step well concealed in the depths. The step-well now is a vibrant space, thriving with religious ceremonies that are inclusive of both Hindu and Muslim sensitivities-with a dedicated shed for evening prayers.
Perched on the top edge of the stepwell is the New Step Well Café, whose balcony opens up to the depths of Toorji ka Jhalra on one side and the heights of Mehrangarh Fort on the other. Encapsulated with glass screens for acoustic privacy, a yellow capsule elevator and a small bird bath accentuate it. The walls of the café narrate the tales of the historical encounters in the city by means of an infographic timeline that also serves as an information centre of the regeneration project, together with an artistic red ladder that rests in elevation. A rooftop café and bar with an encapsulating view of the skyline of the city and the stepwell places itself on the terrace of the square.

Taking architecture beyond the built volume, redundant urban spaces have been invigorated. The grain market has been restored with key nodes being identified for focussed and strategic renewal. The chaotic rear side of the main market street is re-organized into modular retail places, giving back the space to the citizens and sellers. Initiatives to pedestrianize the market and regulate traffic have been tactfully deployed by provision of stairs on natural slopes, barricading any vehicular movement. Negative spaces have been recovered by re-afforcing linear market in the form of market bars on the main street. The informal market bar has been replaced by a structured module in order to optimize the use of retail space and improve the quality of the urban landscape. An efficient shading system to protect the vendors from the harsh sunlight has been devised. Some spaces of the market have been reimagined as heart of the reuse system of the market area, while the stock buildings have been converted into non-organic disposal with a new shelter designed for cattle stock. The inaugural of the clock tower and its opening up to the public has reinforced the
market as the cultural and architectural core of the Blue City. The concept of Reuse-Recycle-Regenerate has been employed by the conception of an efficient waste management system.

Other nodes identified are the havelis, that are built adjacent to each other and often interconnected internally. The conversion of these structures into boutique stores, rooftop restaurants and bars has been conceptualized by inviting Indian brands with an artisanal, yet contemporary essence, showcasing an inspiration from Jodhpur traditions and heritage. The Forest Essentials store is an intimate space that is well-suited for retail of indigenous Ayurveda medicines marking its presence along the street. A deconstructed spiral staircase wraps around the base to form steps. Laxmi Nivas, the first haveli to be acquired, has been transformed into a grand commercial space with luxurious stores interspersed with native retail shops. The space has been perceived with low ceilings, brass doorknobs and latches, creating a tactile impression of an ancient world in this urban milieu. The soul have been preserved, while upgrading the infrastructure to equip the havelis to house modern-day cultural and retail experiences. The Jodhpur Flying Club set up in 1924 by Maharaja Umaid Singh was built in line with the tradition of aristocratic pursuits acquired via the British including flying, polo and other equestrian sports. The JDH model intends to revive the flying club and Polo sport besides encouraging tourists to participate in these traditional sports.

The regeneration of the Blue City of Jodhpur is an illustration of how the integration of social infrastructure and cultural capital could potentially drive the commercial and communal redevelopment that is inclusive of the city’s structures and inhabitants. Accessibility of the restored buildings by the native users along with tourists has been ensured through sensitive business models. Grand experiences through Architectural interventions have been conceived, while sustaining a native familiarity. Multiple levels of immersive experiences for the users have facilitated the creation of a new catchment of tourists. The integration of heritage and local community in the urban renewal process has been integrated in the various phases of the JDH project, encompassing capital creation, social inclusion and cultural preservation. 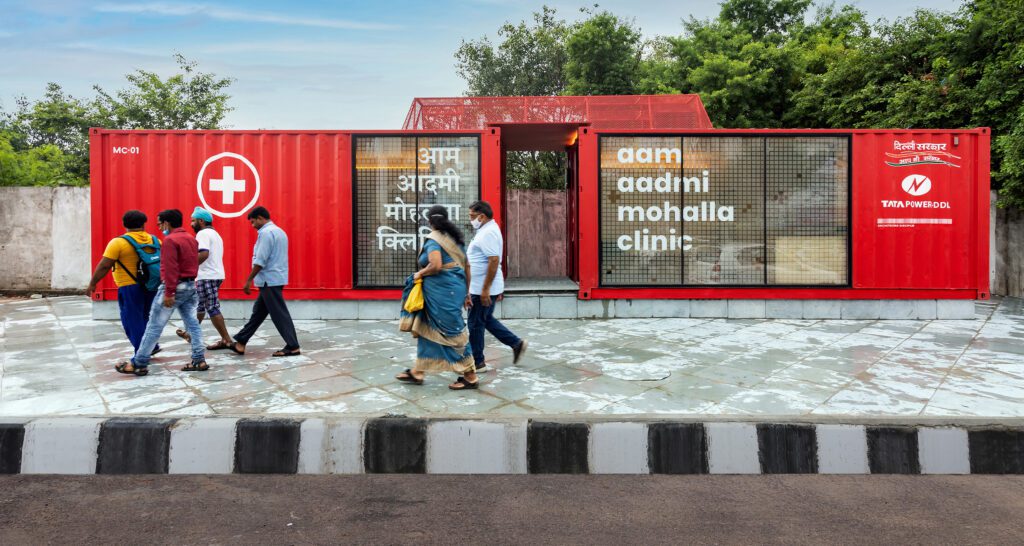 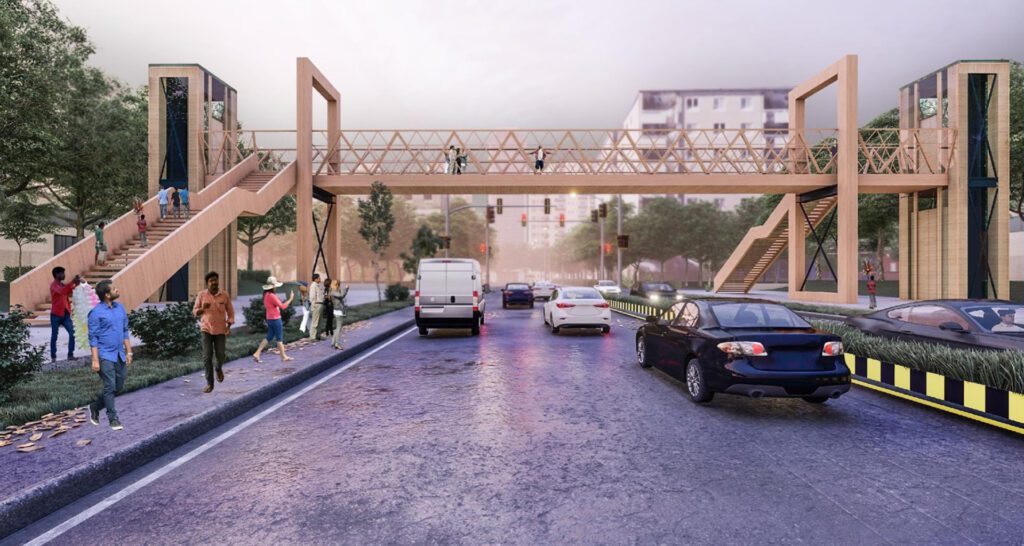 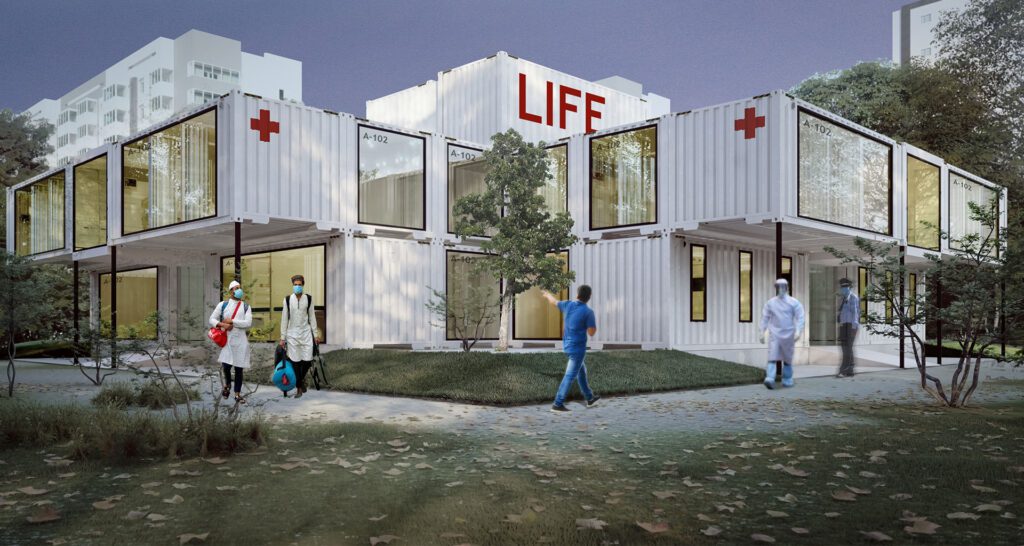